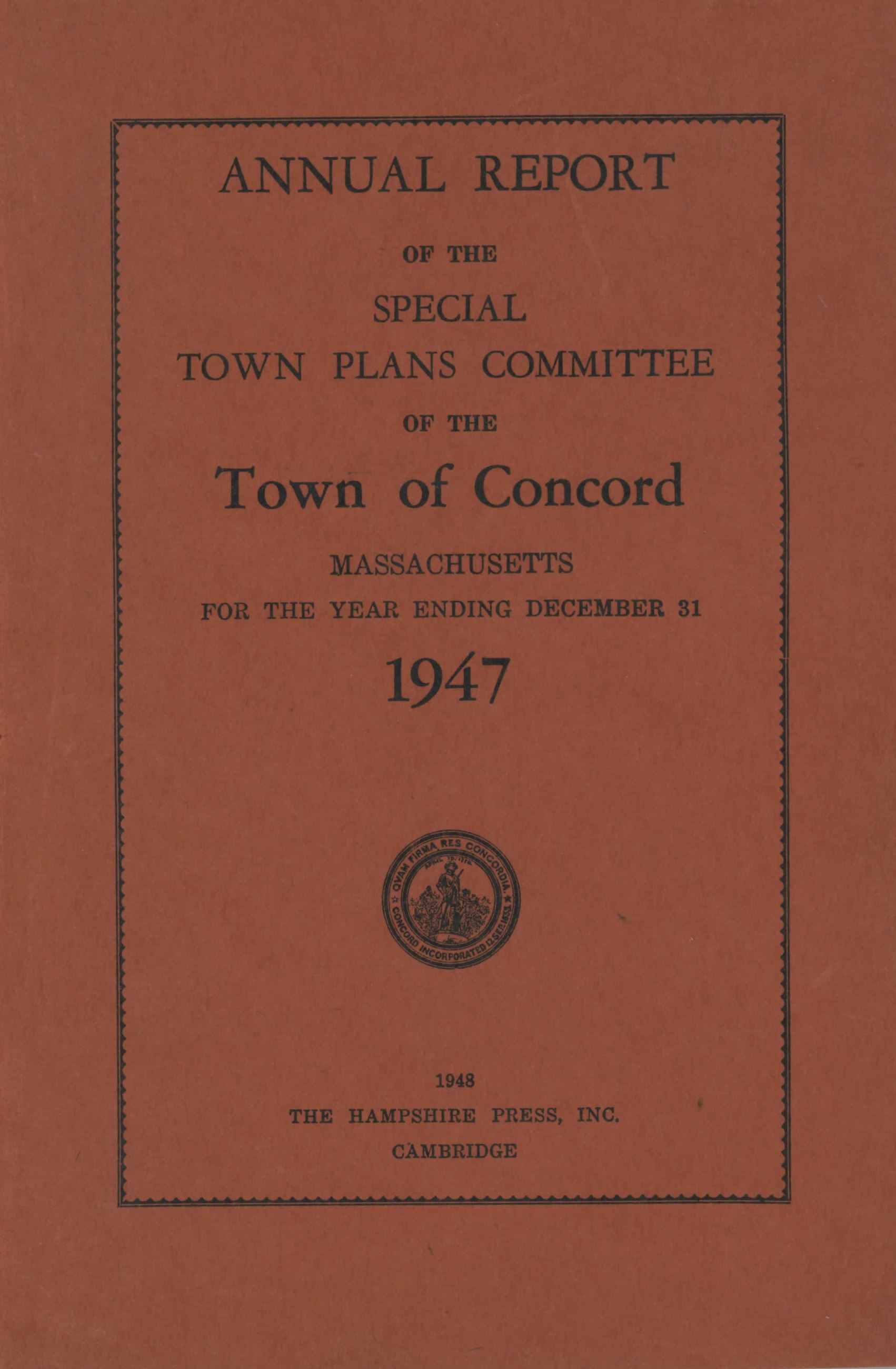 Annual Report of the Special Town Plans Committee of the Town of Concord, Massachusetts (1948)

At the Annual Town Meeting in 1946 it was voted: That the Selectmen be and hereby are authorized to appoint a Special Town Plans Committee of seven members, any vacancies in said committee to be filled by appointment by the Selectmen, to study the present and future needs of the Town, particularly those that may call for capital expenditures, to study Town finances in connection therewith, to formulate a long-range plan for the development of the Town, including a recommended order in which projects shall be undertaken and a six to ten year financial plan of capital expenditures therefor, and to report to the Town thereon at or before an Annual or Special Town Meeting not later than May 15, 1948, and that the sum of $5,000 be and hereby is appropriated from the Excess and Deficiency Account, which sum shall be expended by said committee for the purpose of employing, and providing facilities for, expert, professional, and clerical assistance and making and publishing studies, plans, and reports. 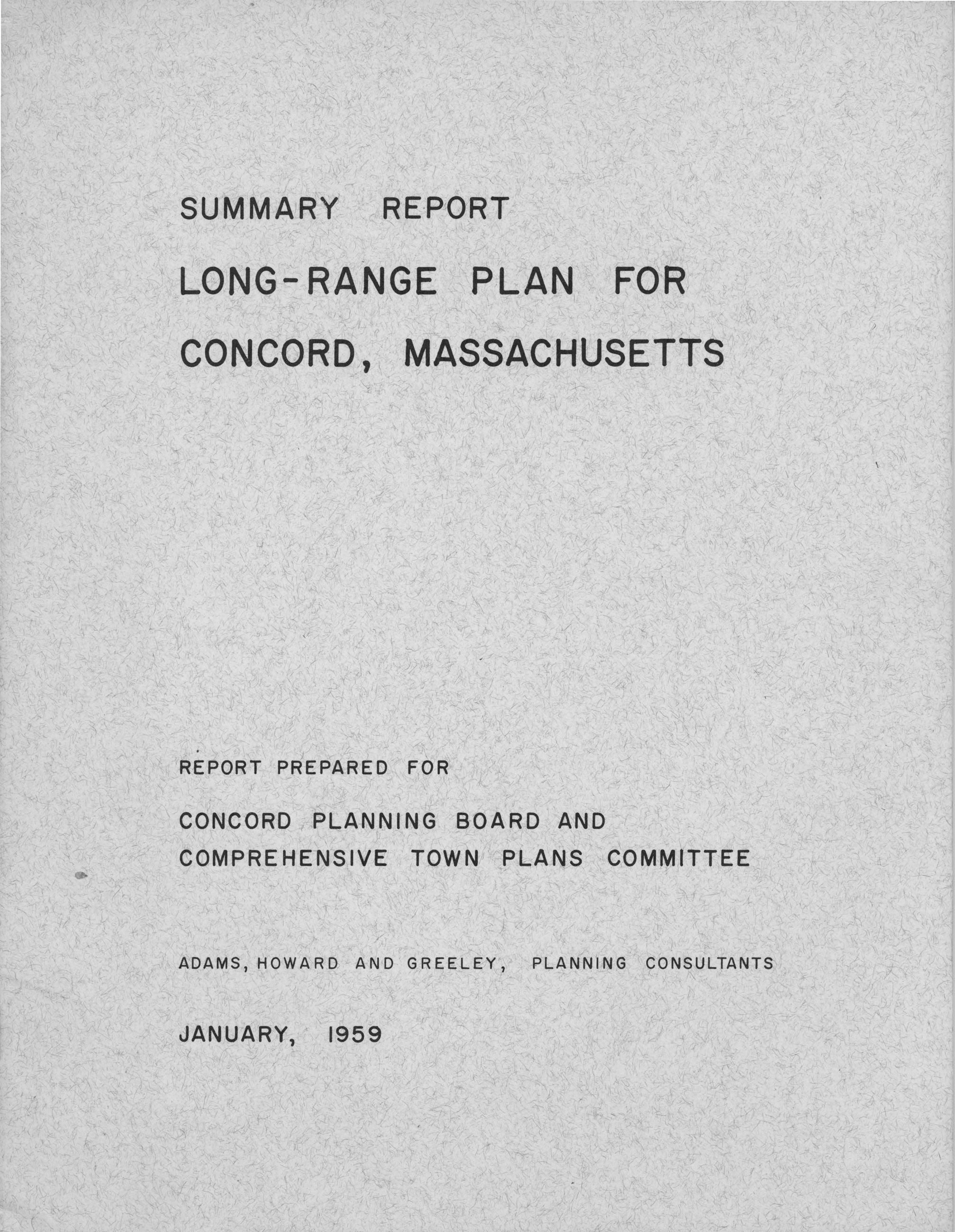 At the October 29, 1956 Special Town Meeting, it was voted "That a Comprehensive Town Plans Committee of not less than five nor more than twelve members be appointed by the Town Manager, said Committee to include a representative of the Planning Board, the Industrial Commission, the Selectmen, the Department of Public Works, and the Town Manager. Said Committee is to work with the Planning Board and the Finance Committee in the making of a Comprehensive Town Plan". 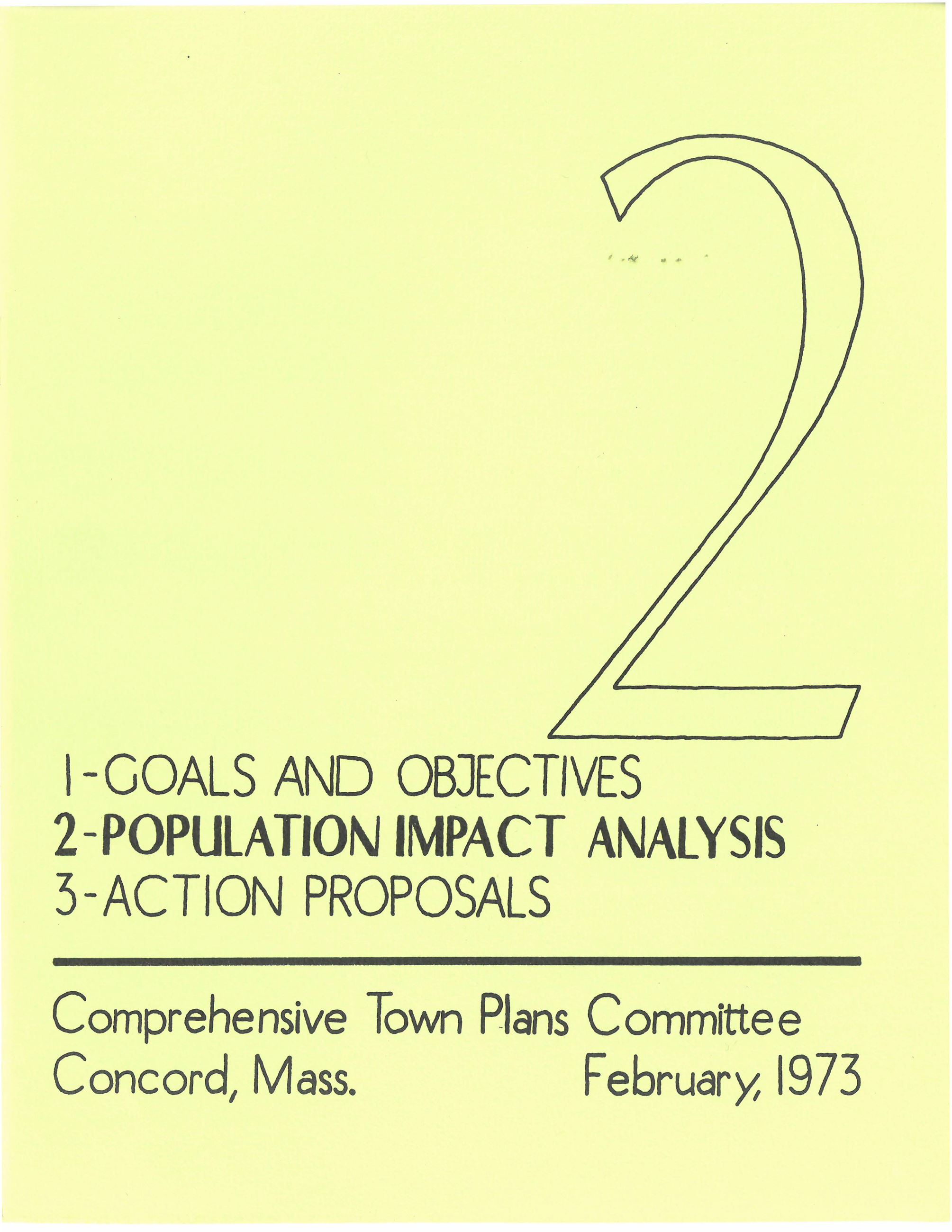 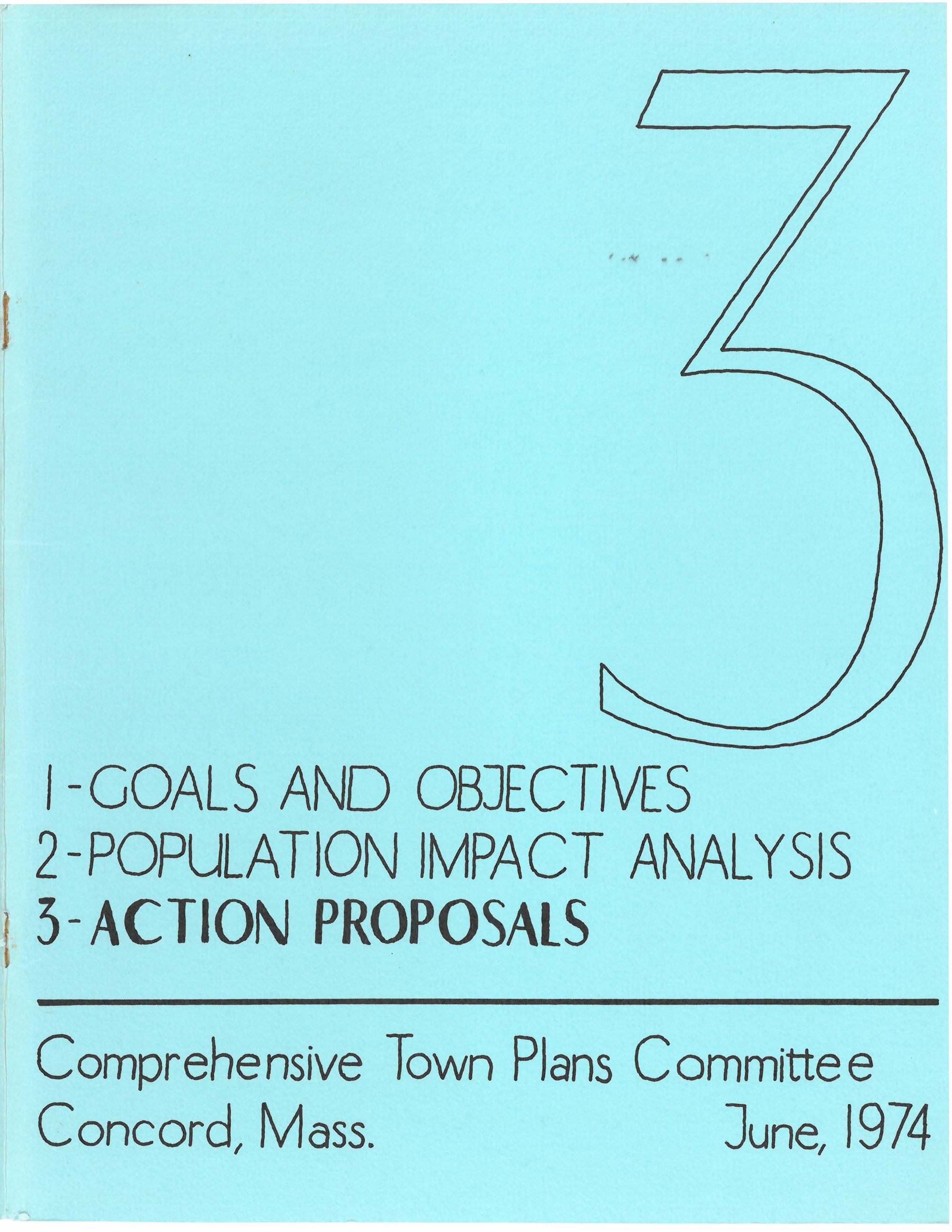 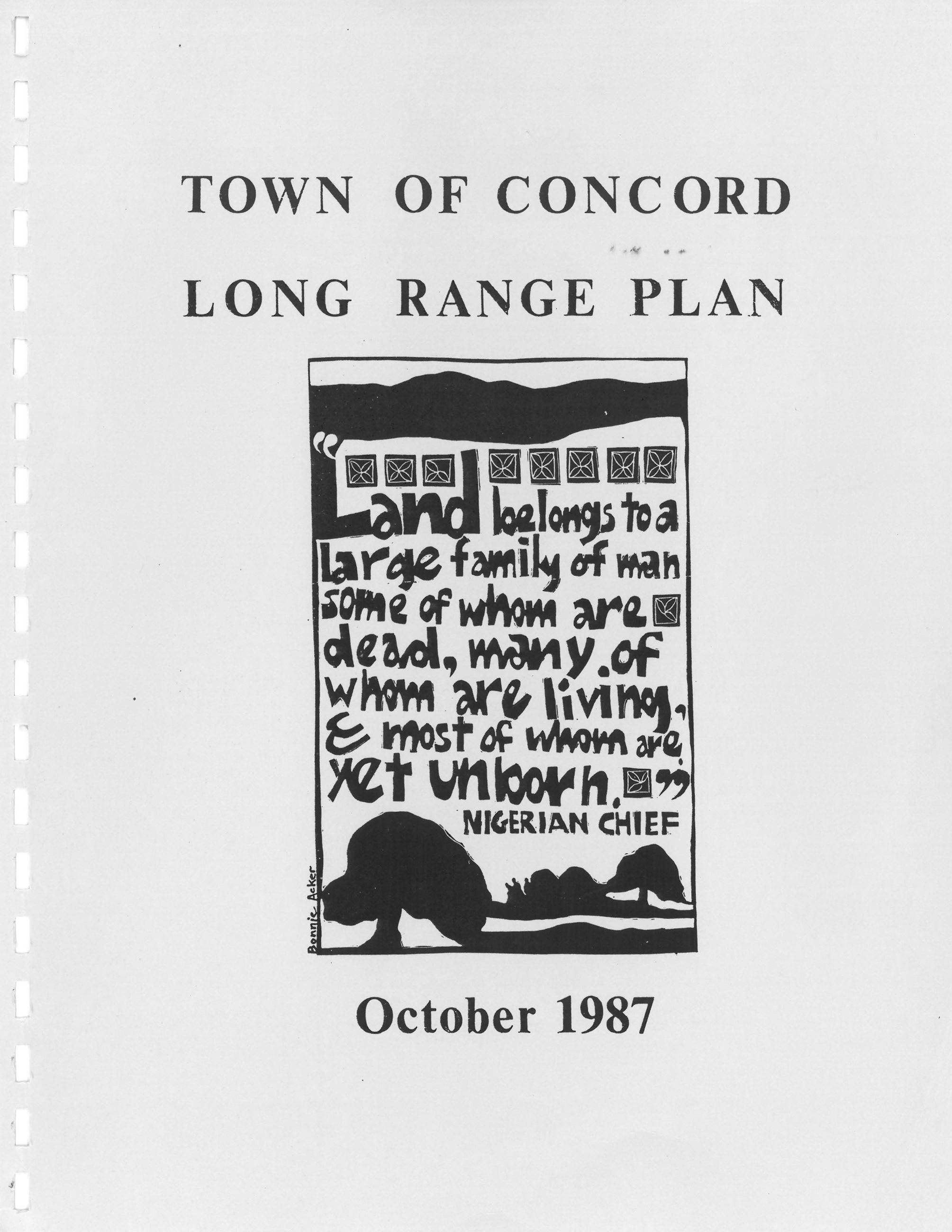 At the April 1, 1985 Annual Town Meeting, it was voted: To raise and appropriate, or transfer from available funds in the Treasury, the sum of $48,450, or any other sum for the purposes of preparing a Long Range Plan for Concord; including the engagement of professional consultants; the hiring of employees and other related expenses, or take any other action relative thereto. The Long Range Plan Committee was appointed by the Select Board in June 1985. 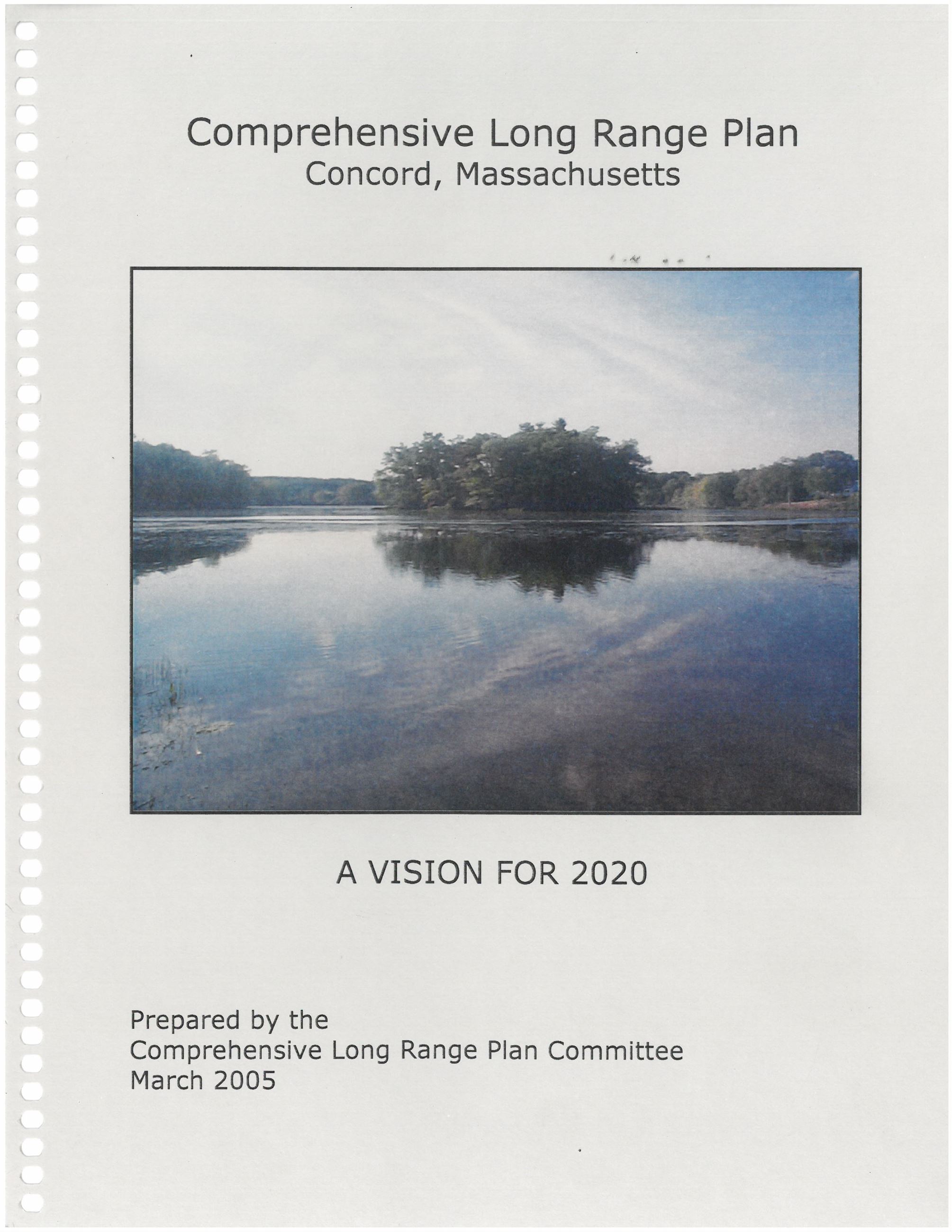 The 13-member Comprehensive Long Range Plan Committee was appointed by the Board of Selectmen in 2001, following a vote at the 2001 Annual Town Meeting. The Committee was charged with adopting goals and objectives for the Town of Concord to the year 2020, and developing policies, strategies, tools, and techniques to achieve these goals. 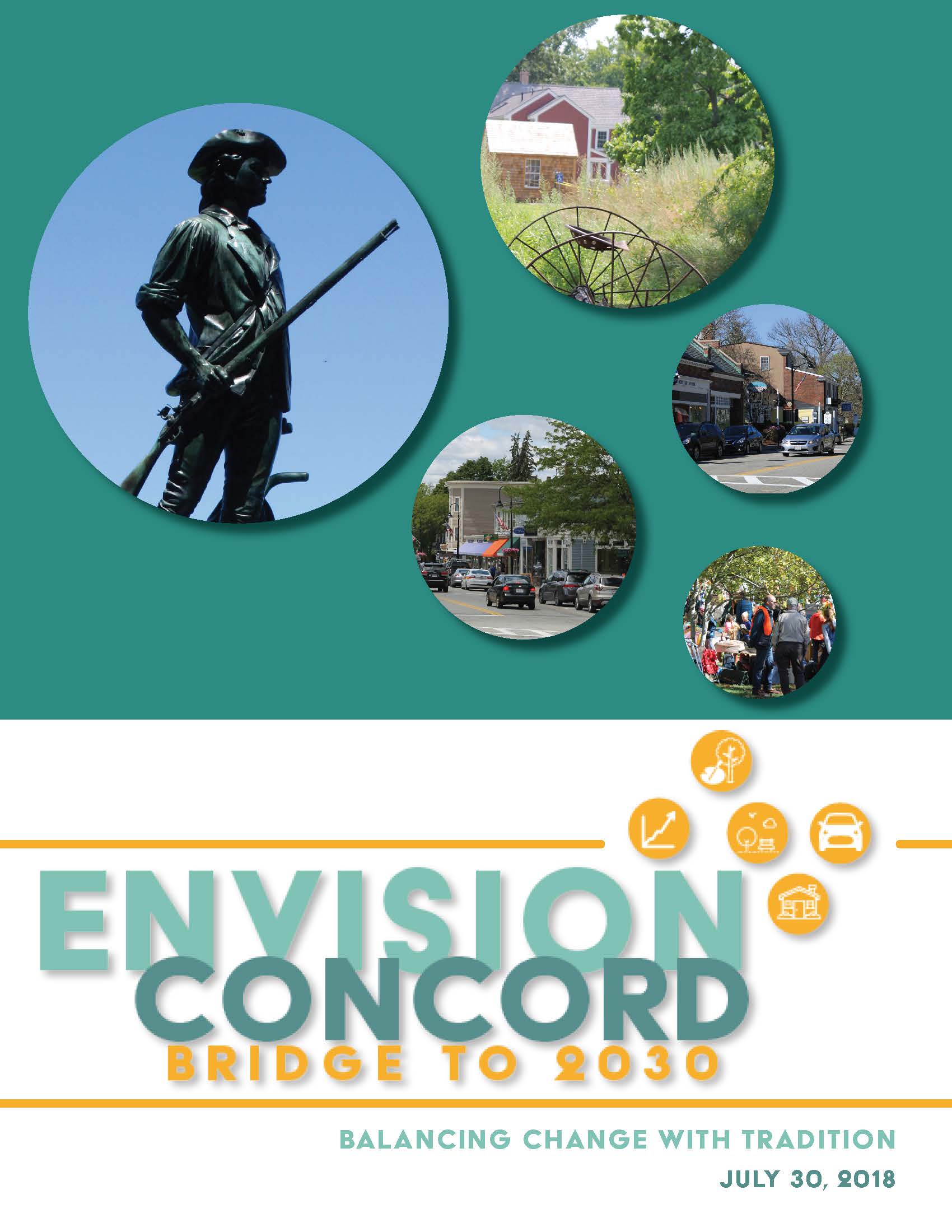 In June 2016 the Concord Select Board appointed the 14-member Comprehensive Long Range Plan (CLRP) Committee and charged it with preparing a new comprehensive plan for the Town. The Committee, also identified as the Envision Concord Committee, was asked to complete its work over a two-year period. The Committee’s charge from the Select Board was to examine traditional areas of planning to provide the basis for guidance, coordination and accountability for future decision makers, and to integrate these traditional principles with Concord’s sustainability principles and policies in a framework that promotes collaboration and coordination. To achieve this latter goal, the Select Board asked the Committee to use the framework and organizing principles and processes identified by the American Planning Association’s Sustaining Places Initiative, with the intent that future decisions would be made on a more integrated and holistic basis.