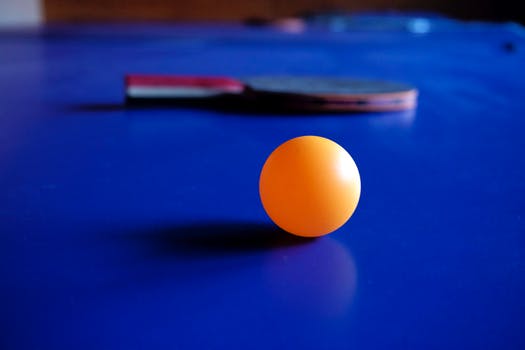 
We have an eager, though small, group of passionate ping pong players here at the COA. The group accepts all levels of players to join in the fun, whether you are a rank beginner, or a practiced player that just needs to shake off the rust! The rules are simple, and basic play is not difficult to learn. Players of all abilities can get good exercise and socialize with a terrific group of people!

The game originated in England during the 1880s, where it was played among the upper class as an after-dinner parlor game. Table tennis (ping pong) was featured for the first time in the Seoul, South Korea Olympic Games in 1988. Here at the Harvey Wheeler Community Center we have two Ping Pong tables that can accommodate 2 or 4 players each. Come on over and give it a try!


Ping Pong is now being offered on Fridays at 3 p.m. No charge but loads of fun. No need to call just come on down and play!
Home
Contact Us
Notify Me®
Minutes & agendas
Report an Issue
Bids &
Proposals
Minuteman Media Network
Online Payments
Job Opportunities
GIS & Maps
Important Documents
Volunteer
[]